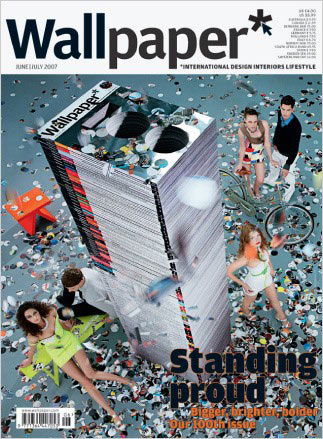 Wallpaper* magazine is celebrating its 100th issue by asking readers to vote on which of its iconic covers is the best. No doubt the results will be very mixed, not least because the covers themselves have clearly evolved over time, as you would expect. You can view Wallpaper’s 100 front covers here.

I remember well the trauma and excitement of front cover design. Way back we had a consultant to advise us on Motor Boats Monthly’s front covers who said there was too much blue (cue purple rain and yellow sea). Another design ‘guru’ came up with a masthead featuring a wavy line. D’ya know, we hadn’t thought of that one.

We did leave ourselves open for design consultants to have a field day with Motor Boats Monthly’s first cover. But as a response to a threatened passing off case by a competitor at the time, no-one could argue that masthead was anything other than unique.

Over the years we never had the pressure the Wallpaper design team must feel though. But at least any colour in the palette is, presumably, fair game!