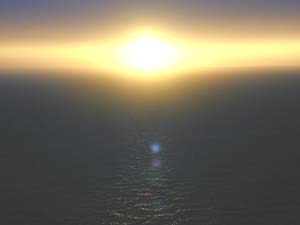 A busy day this, raiding Pwllheli’s useful little town to restock lockers and the marina’s busy fuel berth to top-off Missing Link‘s tanks in between meeting some of the local berth-holders.

The marina development, plus a Hamble-like run of fore-and-aft moorings, several trailer storage facilities and an attendant park of modern boat dealerships and marine businesses, is quite a sight to behold. The one-time slate port shows little sign of its former employment. Now leisure is king.

We had heard rumours that the facilities were particularly well run, and so it was proven. One of our crew was slightly worried over reports that fresh flowers are even placed in the mens’ toilets, but although foliage was found to be absent, what we did discover were some of the best showers you will find anywhere. Bravo!

A long-awaited marina expansion is variously on the cards, or not, depending on who you speak to. And there is certainly the space available. Much depends on whether the local council, capped to the tune of a cool ??10m by the British government, can find the funds. Given a waiting list of no less than 140, one draws the inevitable conclusion that there are huge spin-offs for the local economy if they can do so.

That said there is some resistance to the invasion of a predominantly English clientale by a segment of the indigenous population. Only this last week Wales celebrated the opening of a new national assembly in Cardiff. Although the country is as old as the mountains that form its bedrock, there is a certain understandable feeling afoot of new birth and the need to exert a fresh identity. Our welcome has been nothing less than first class, but we have heard some intriguing tales that suggest there are those that would like to keep the tourist pound, but not the sticky mitt that brings it.

Not that such thoughts were going to prevent us heading for the hills. Taking advantage of the car again we first headed around to Abersoch, original home of leisure boating in the area and still humming with activity as evidenced by the tractor tyre marks tellingly leading from the sandy beach to Abersoch Land & Sea’s large trailer compound. Then we struck off to check out the Llewyn Peninsula’s southern shores.

Working our way around single-track lanes to Porth Neigwl (Hell’s Mouth), we found instead placid waters given the stiff NE wind blowing offshore. But one look at the map and you could easily understand why the place might have been so named by sailors of yore when set into the trap by a SW gale.

Two bays further over we popped over a hill to suddenly be presented with the secluded hamlet of Aberdaron set in a bowl-like valley between headlands, its pair of hotels beckoning but not succeeding in stopping us.

We already had the distant signs of a glorious sunset and the tall peak of Mynyyd Mawr as a target. Ascending to the heady heights of the former coastguard lookout we were all stunned by the view. To the south the tadpole shape of the off-lying Bardsey Island and the infamous sound between it and the mainland; to the west a golden orb sinking towards Caernarfon Bay’s horizon. Burnished by the damp, strong nor-easterly, I was simultaneously smitten by the beauty of the place and in awe of its rawness. Tomorrow we would be aiming for the turbulent stretch of water several hundred feet below us.